How to get paid doing online surveys – Check these 7 tricks 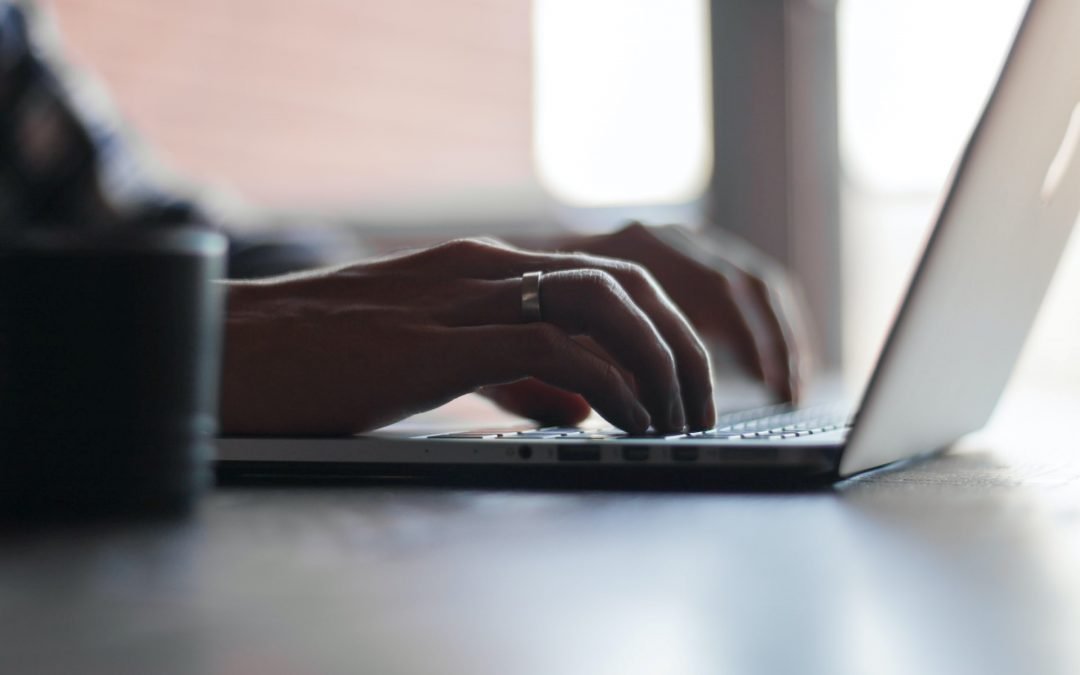 You’ve probably heard stories about folks earning money via paid online surveys. For all we know, those stories could’ve inspired you to get some extra info about the subject. Luckily, during your search, you stumbled upon this blog post. That’s because today we’ll show you just how to get paid doing online surveys.

The best thing about doing paid online surveys is that they don’t require you to have any experience. No matter who you are or what you do – there’s a survey that sees you as an ideal subject. Anyway, if you love voicing your (honest) opinion on a number of topics – you’ll enjoy this text. In it, we’ll introduce you to the 7 tricks to get paid doing online surveys. Stay tuned for some useful pieces of info!

Okay, so shall we kick-start this one?

What are online paid surveys?

Before we show you the promised 7 tricks, it’s important that we talk about the basics first. Therefore, it’s only natural to ask: what are paid online surveys?

If you’ve ever taken a part in a survey, you know the drill. You get a questionnaire and answer some questions surrounding a specific topic. The purpose of most surveys is to gather large volumes of data without much effort. In other words, there are folks interested in knowing what the public thinks. They’re also interested in paying the participants.

Things have changed in the internet age. Nowadays, you don’t have to go around the block and try to get folks to answer some questions. You can pay online users to complete surveys. That way, even folks traveling in an RV can make money on the go.

Why would anyone pay you to answer surveys?

Now, of course, one might wonder why companies pay users to answer surveys. Businesses need surveys to gather some information on why customers act the way they do. In other words, they need your feedback in order to make their products or services better. As nothing in this world is totally free of charge, neither is your opinion.

It’s fairly simple. First of all, you’ll need to sign-up on the paid online survey platform. Once they have your email, you’ll start to receive survey invitations in your inbox. They’ll be based on your personal interests and qualifications. For each survey you complete, you’ll get points.

Once you obtain the right amount of points (“reach the payment threshold”), you’ll get paid. Most platforms will pay you via PayPal. Thus, they’ll need you to register with the same email address you’ve registered with on PayPal. You must be wondering: how much can I earn with paid online surveys? If so, check the following paragraph.

Also, keep in mind that getting paid in cash isn’t the only option you’ve got. We’ll talk more about that later on.

How much do you get paid for taking online surveys?

Now, one can’t expect to become a millionaire by answering surveys. Still, it’s one of the easiest ways to earn some extra money. Anyway, how much money you will earn has to depend on how detailed the survey is. On most survey platforms, you can mean somewhere between $0.25 and $5.00 for a single survey. Speaking in monthly terms, you can earn an extra $50 to $250, which is quite nice, right?

Needless to say, the more surveys you complete, the more money you’ll earn. Also, as we’ve already said, getting paid in cash via PayPal isn’t your only option. You can also get some discount coupons or vouchers. Some paid online survey platforms (such as this one) offer you the option of donating the earned money. You can choose which charity organization you want to donate funds to.

Okay, now that we’ve covered the basics, let’s see how you can earn by taking online surveys. There are 7 tricks that we’ve prepared. 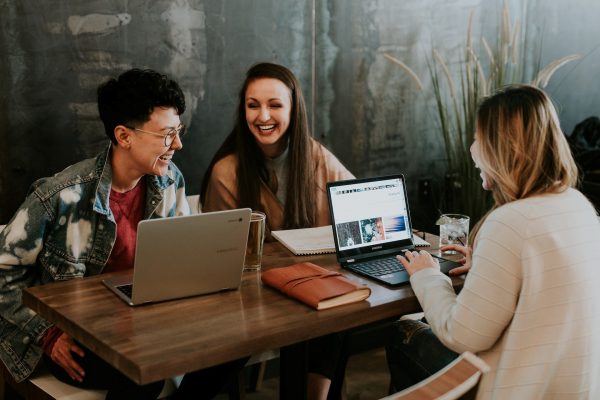 How to get paid doing online surveys – Check these 7 tricks

Here we’ll introduce you to the 7 tricks we’ve promised to show you above. Without further ado, let’s see what we’ve got in store for today!

Many folks would try to cheat their way to getting paid with online surveys. However, you should avoid acting in such a manner. It won’t do you any good.

Here’s the thing: most survey platforms possess the so-called attention-checking mechanisms. They’re placed to make sure you’re taking the surveys in the correct manner. In other words, they’re making sure you’re not just blindly ticking boxes.

There’s a pretty solid chance that you’ll get caught if you try to hear. The more you cheat, the fewer survey invites you’ll get. Eventually, if you continue cheating, they’ll completely stop arriving in your inbox. In simplest terms, you will get banned.

Don’t think many folks try to cheat their way to getting paid with online surveys? If so, just check how many Google users type “how to cheat online surveys” into their search box each month.

#2 Try not to focus too much on negative reviews

You should remember that taking surveys can’t be considered a real job. Many folks don’t get that. That’s why they mostly feel like they’ve dealt with some sort of a scam. It’s not rare to find negative reviews for survey sites, regardless of the platform. Having high expectations is almost never a good idea.

Many folks did just that: they thought they’d get rich, they tried to cheat, and eventually – they got banned. Of course, we’re not saying scam sites with false promises don’t exist. However, legit survey sites are in the majority. You just can’t expect to become a millionaire with paid online surveys.

All in all: just choose a trusty platform & follow the rules. Everything will turn out just fine if you do so.

#3 Avoid platforms that demand you pay a sign-up fee

We’ll be quick here since this one’s kinda obvious. Anyway, you know something’s fishy once a survey platform demands you pay for a sign-up fee. Most of these websites will promise you a good number of highly-paid surveys. Needless to say, that’s another red flag to watch out for. Regular survey platforms are pretty objective in terms of what they promise to users.

All in all: if a survey platform demands you to pay a subscription fee, it’s most likely a scam. Therefore, you should avoid it at all costs. You want to earn money online without paying a cent.

Focus group invitations are something you don’t want to hesitate to accept. Many survey platforms recruit folks for focus groups as a sideline. There’s no need to underline that participating in focus groups is pretty well-paid. We’re talking about anywhere from $50-200 for an hour of your time.

Now, some of these focus groups are in the form of video calls. Some, on other hand, just involve simple online chat. In both cases, you’ll need to be online at a specific moment. Also, the more you participate in focus groups, the better are chances you get invited to them. Of course, failing to show up will result in the opposite.

All in all: don’t hesitate to participate in focus groups. It’s a lot easier to do it today when everything moved online. Back in the “olden days”, focus groups were done in person. You actually had to leave your home. Geesh!

It’s the oldest trick in the book: join multiple survey platforms. You can earn some decent money by doing such a thing. We’re not saying: make a couple of accounts on a single platform. That’s pretty unfruitful since you’ll get banned pretty soon. We’re saying: make accounts on different platforms.

Here’s a fun fact: did you know that many teachers like to make extra money with surveys?

Here’s the thing: you’ll need to consider the so-called time vs. reward ratio. In other words, you’ll need to know just how much time you will need to spend in order to earn a reward. Needless to say, these ratios can vary greatly.

Certain survey platforms will tell you in advance how much time you need to complete a survey. Also, these are mostly reasonably consistent in duration. Therefore, most of the surveys you’ll complete will last about the same. Other survey platforms, however, won’t be that consistent. You’ll have to figure out whether completing a certain survey is worthwhile.

All in all: if the time/reward ratio doesn’t make any sense to you, it’s best you skip completing a survey. You want to work smarter, not harder.

And for our last trick, let’s talk about how to react once you get an email notification of a survey. Our suggestion is that you should act immediately. As quickly as possible. That’s because the surveys will be probably gone by the time you get to them.

All in all: don’t postpone accepting invites, grab them while they’re hot.

Final words on the subject

Okay, folks, that was the trick on how to get paid doing online surveys. Now you’re ready to step into the world of paid online surveys. You’ll earn some decent money simply by answering certain questions. Anyway, if you’re on the lookout for articles similar to this one, click right here.